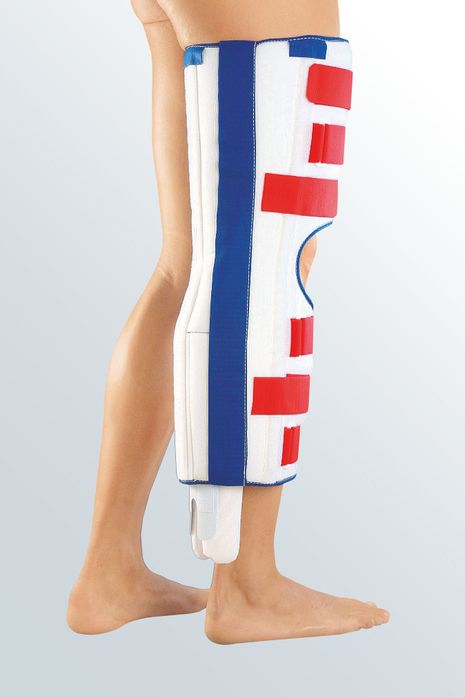 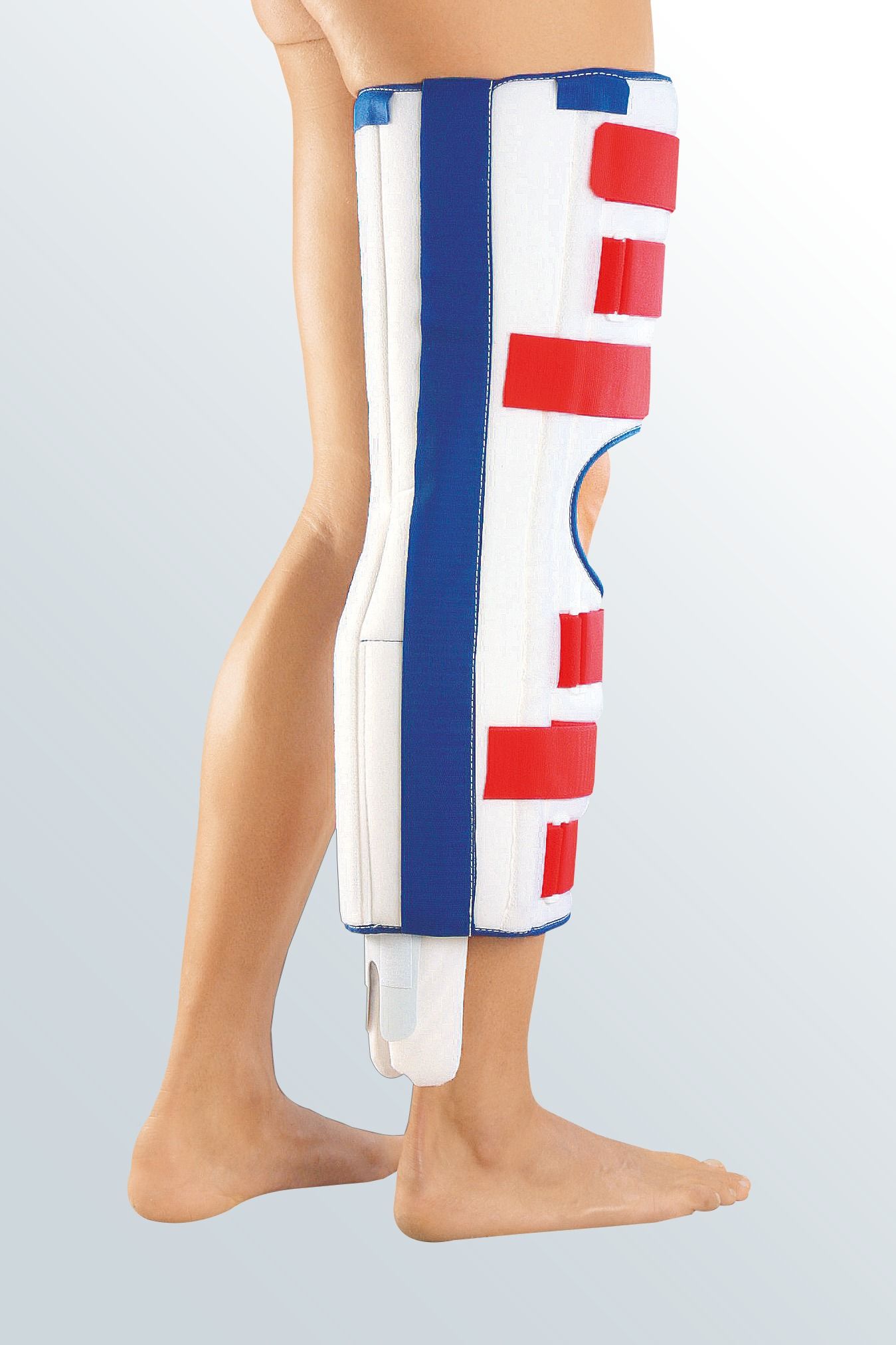 The medi PTS® is a knee brace for immobilisation of the knee in an extended (0°) position with a special calf pad. This pad supports the calf and so limits backward movement of the shin bone (tibia). This limits the posterior drawer effect, whilst simultaneously relieving the posterior cruciate ligament (PCL). The open wrap design of the PTS® brace makes it easy to don and doff – without having to flex the knee.

medi PTS® is used for all indications that require immobilisation and relief of the knee joint in at least one plane. This is the case, for example, after these injuries:

medi PTS®  is often used in the first stage of treatment directly after an injury (trauma) to or an surgery (postoperative) on the posterior cruciate ligament. The brace ensures immobilisation of the knee in an extended (0°) position, which can reduce pain. In the further course of the treatment of a posterior cruciate ligament injury, the M.4s® PCL dynamic brace can, for example, be used, as this favours a significantly more dynamic therapy. The open wrap design of the medi PTS® enables the support to be donned and doffed without having to flex the knee.

Thanks to the three-part design and hook and loop fastener, medi PTS® can be readily adjusted to the leg circumference of the wearer. This is particularly important after trauma or in the initial phase after surgeries when the knee is usually swollen. The calf pad can be individually positioned for an ideal fit and stabilisation of the calf. The skin-friendly material is pleasant on the skin and washable. The removable and adjustable stabilisation bars allow the brace to be individually adapted to the wearer and quickly disassembled to wash it, for example.

All indications requiring immobilization and relieve of the knee joint at least in one plane such as:

How to use our medi PTS knee brace. 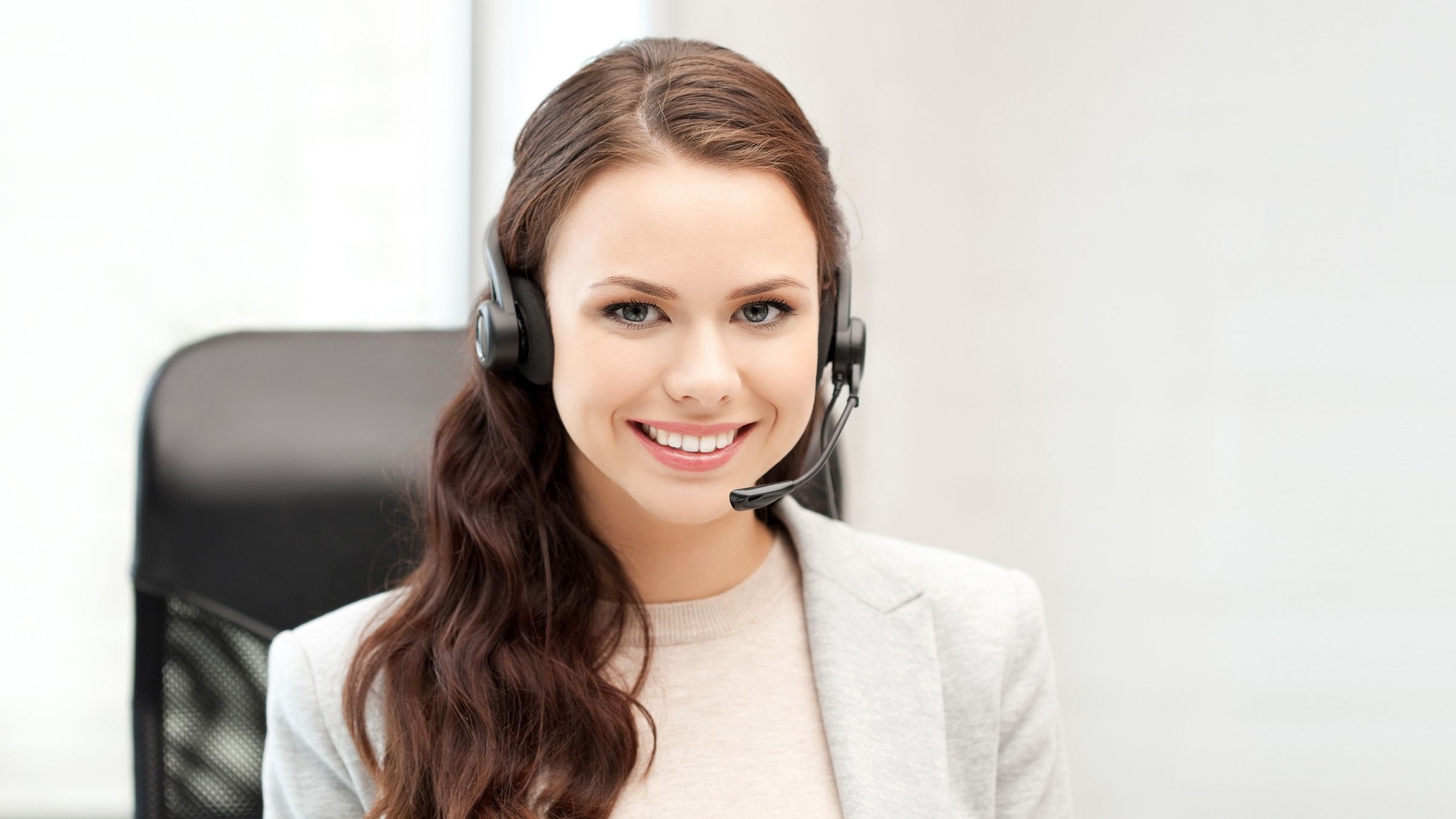