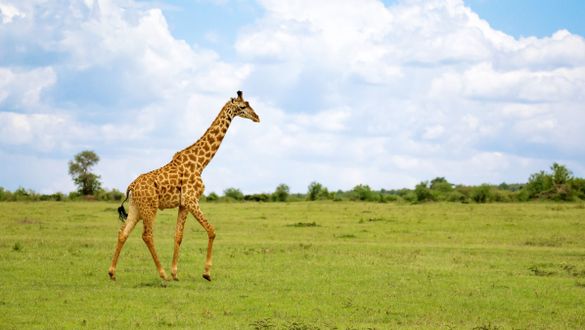 Well-proven compression - that's what giraffes and circaid have in common

The fact that the anatomical characteristics of the giraffe are the basis of today's circaid products is due to a discovery by the American family Shaw in the 1970s: Hertha Shaw was a lymphoedema patient. Despite intensive treatment by specialists, her lymphoedema hardly improved. Her husband Frank Shaw, an engineer and inventor, was determined to help his wife.

During his research, he finally came across a special animal: the giraffe. Giraffes are on their feet around the clock and sometimes even sleep while standing. But why don't the animals have swollen legs? Frank Shaw was informed more precisely and found out: Giraffes have a venous pressure of over 250 mmHg in their front and hind legs - three times higher than in humans. All the more astonishing that giraffes have no lymphoedema or venous diseases. What is the reason for this?

The secret: the special skin of the giraffe

In contrast to humans, the skin of giraffes does not expand on the legs.1 Due to the high density of inelastic collagen fibres and the relatively thick top layer of skin, the tissue pressure of giraffes is increased. This promotes lymphatic and venous reflux. Giraffes thus carry permanent natural compression.2

Frank Shaw was inspired by this and created the first patented inelastic compression device. He literally helped his wife get back on her feet so that she could live an active, normal life.

From the animal model to today's circaid product

This first design was further developed into today's circaid products (short for "circulation aid"). The inelastic material of the medical adjustable compression systems compresses the tissue and provides an improved lymphatic and venous reflux - just like the animal model, the giraffe.