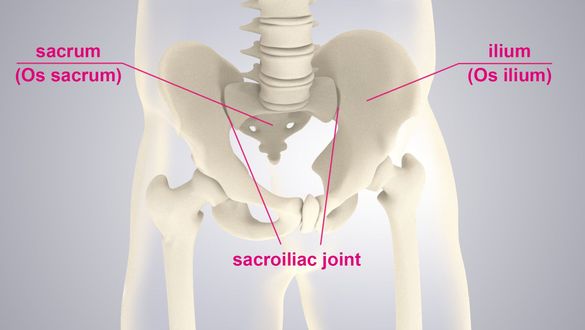 The sacroiliac joints are stabilised by strong ligaments.

Sacroiliac joint disorders and their treatment

Pain in the sacroiliac joints can come from sitting or standing for long periods of time, missing a step or jerky movements when lifting weights (e.g. a bottle crate). Inflammation, erosion, breaks or disorders are other causes of symptoms.

In most cases, the symptoms are treated non-surgically (conservatively). Those affected can often alleviate and treat the pain as well as prevent new disorders by doing special exercises provided by a physiotherapist.

Complaints of the lower back

For back problems or after vertebral fractures

Back supports and braces