“I adore climbing mountains. It’s the love of nature that draws me to the peak. I like the simple life on the mountain, living in harmony with the elements. This passion burns within me - it drives me every day.”

Life at the limit

The extreme mountaineer, Stephan Siegrist, was born in Bern in 1972. So far in his career he has climbed the large northern faces of the Alps (Eiger north face around 40 times) and has undertaken expeditions on all seven continents, including in northern India and Nepal, North America, the Antarctic, South Africa and Patagonia. He knows his way around bouldering and sport climbing. He is also familiar with big wall climbing, ice climbing and mixed climbing. Stephan Siegrist’s particular speciality is walking on the highline at dizzying heights: He even set a world record on Kilimanjaro in 2016.

Siegrist’s projects demand a lot from him physically and mentally. “In addition to meticulous planning, my health and the right equipment are the key factors for successfully pulling off a climb.”, he says. The professional mountaineer uses medi braces on all his expeditions and during training to give his joints additional stability.

Life at the limit – Top Performance powered by medi

With medi at the Matterhorn

Whether it’s on the highline between two mountain peaks, on rock faces in the Alps or on expeditions around the world: Stephan Siegrist’s experiences from his expeditions and projects with medi products provide valuable feedback which is used in medi product development.

His tendons and joints are put under a lot of pressure when working on his projects. That’s why Siegrist relies on premium products from medi. medi supports relieve pressure in certain body areas during his expeditions, and create a stabilising effect. “In the past I often had wounds and injuries that took a long time to heal. The healing process in case of swellings, for example, is faster thanks to using medi products”, says Stephan Siegrist happily.

“With moral values you can overcome the fear of dangerous situations. Then you can master them!”

A world record on Kilimanjaro with “E⁺motion®”: Stephan Siegrist talks about the highest highline in this medi testimonial 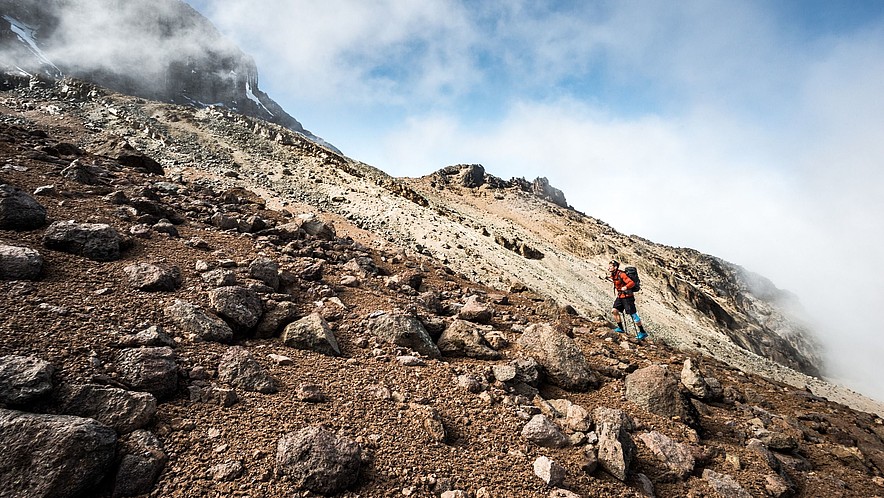 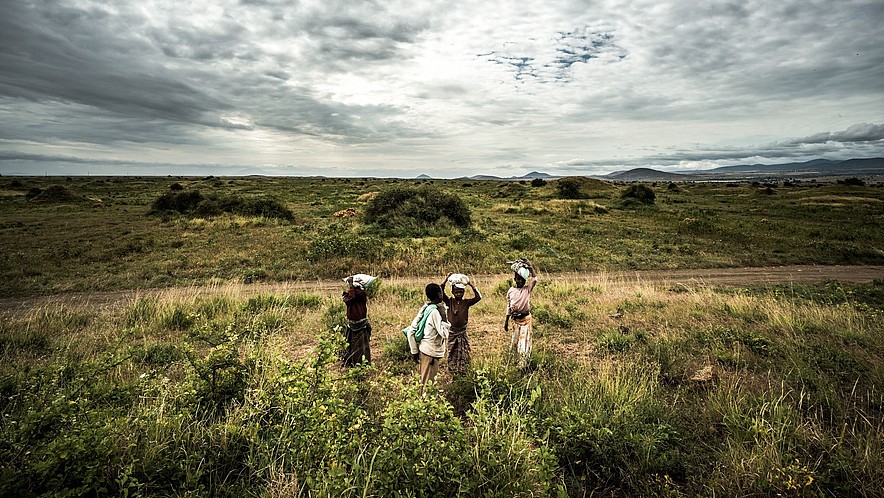 Stephan Siegrist pulled off an exceptional balancing act in the summit area of Kilimanjaro: He crossed a highline at 5,700 metres above sea level. This was a world record. With him on this journey were medi’s E+motion supports, which helped the extreme sportsman on his expedition.

“medi’s E+motion supports helped me to be more comfortable and efficient on the ascent and on the mountain. Their positive effect on the body really impressed me”, Siegrist states succinctly.

No human has ever been here before: First ascents in the Himalayas 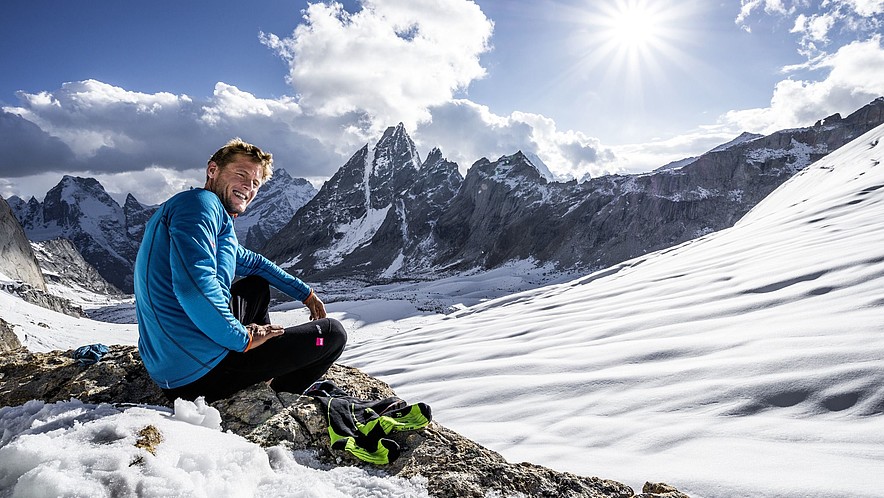 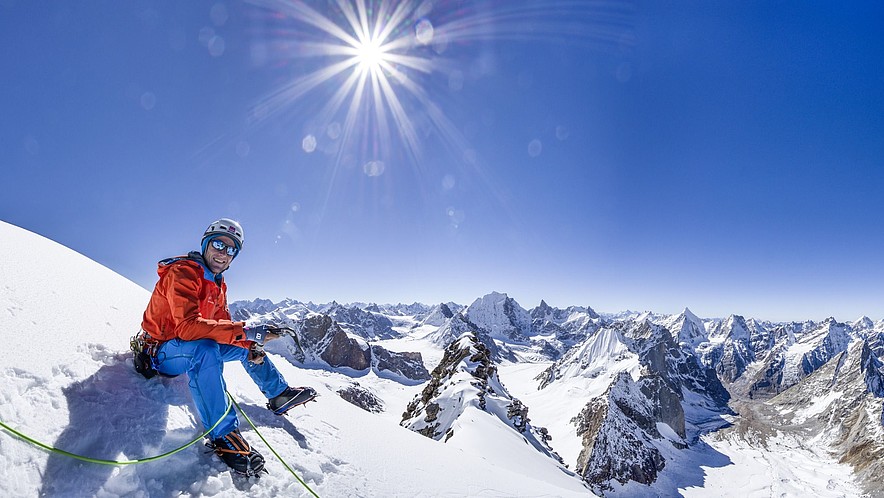 In September 2014, Stephan Siegrist and his team went on an expedition to two unclimbed mountains. “The feeling of standing on top of a nearly 6,000 metre-high untouched peak is indescribable. No human has ever been here before!” As the first climbers, the team were able to name the two mountains. They decided on “Shiepra” (wife of the Indian God, Shiva) and “Kharagosa” (“rabbit” in Hindi). These overwhelming feelings, which can only be discovered at extreme heights and by taking great risks, continually push Stephan Siegrist to perform his best.

The expedition went even further: The first ascent of the Kishtwar Shivling was planned. Every expedition there has failed since 1983. Stephan Siegrist’s team almost had to abort their plan: A dangerous amount of snow blocked off the direct approach. But they then found their way through a snow tunnel: Like climbing up a chimney, they reached the peak at 5,895 metres. 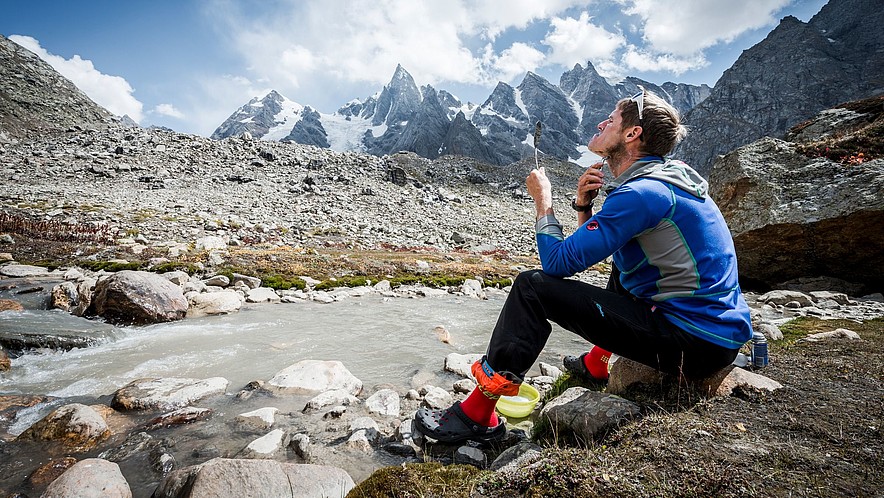 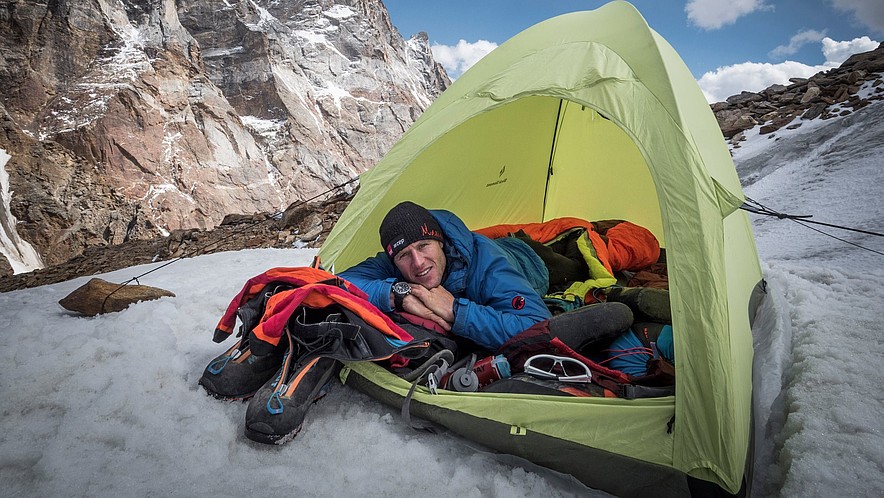 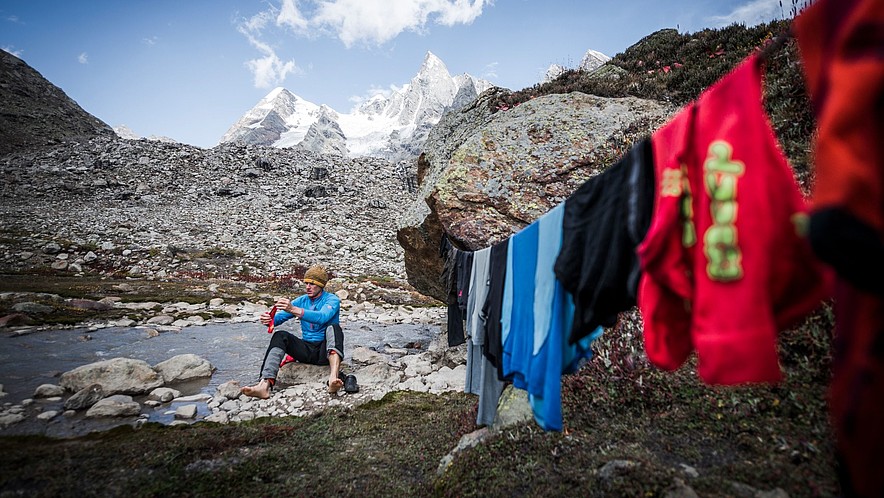 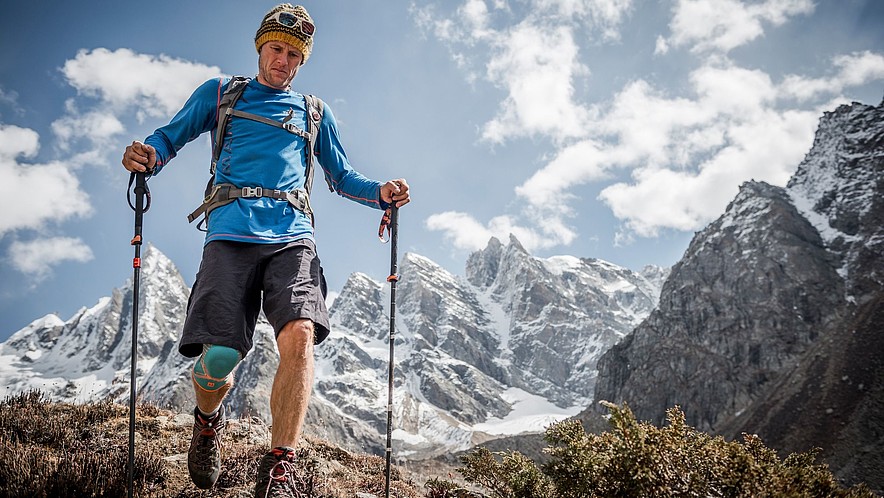 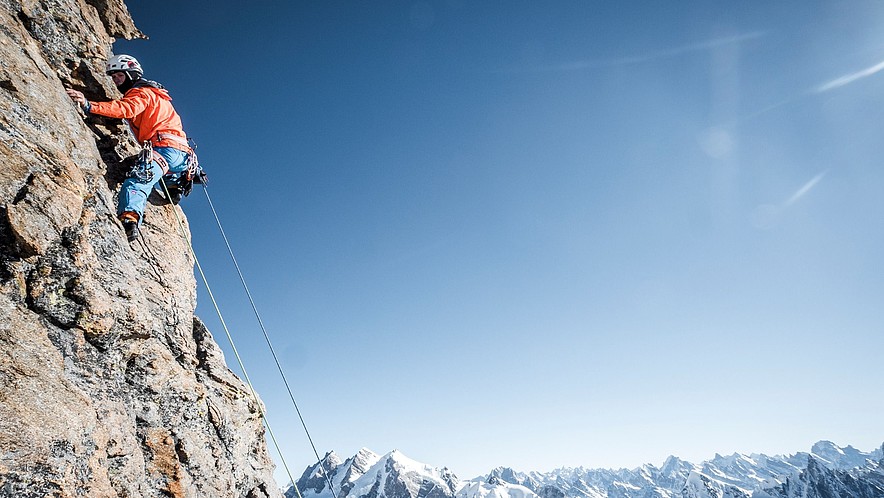 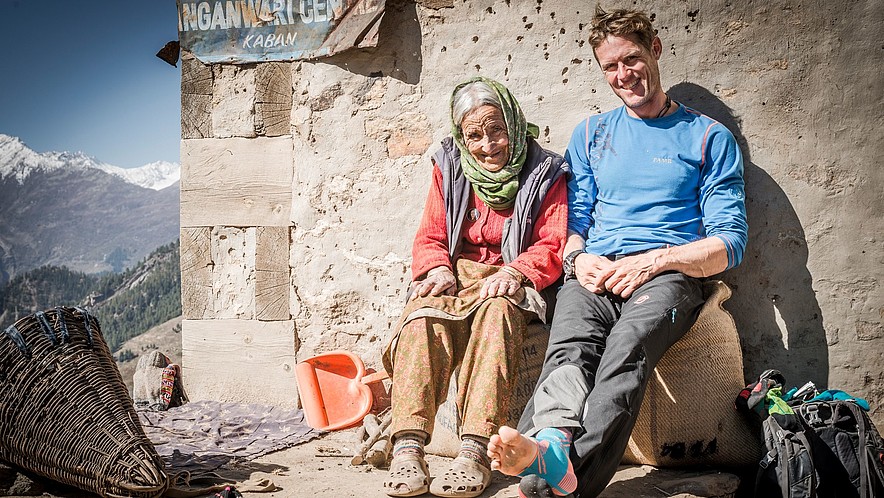 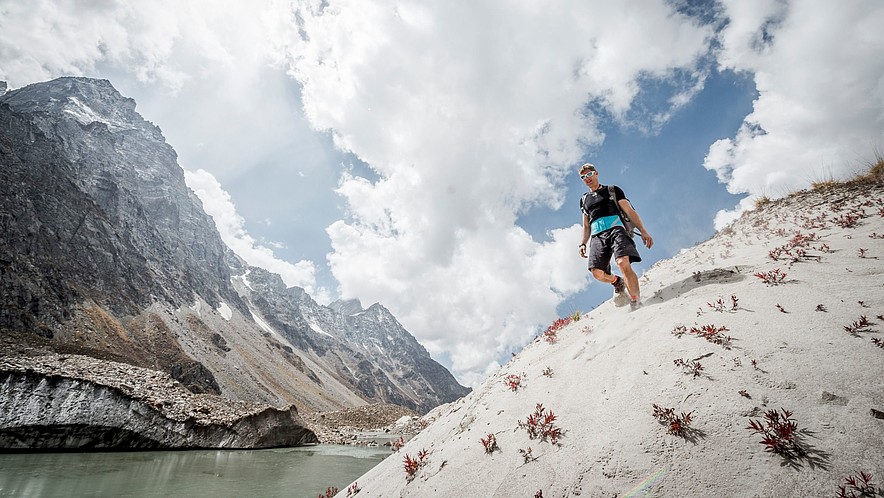 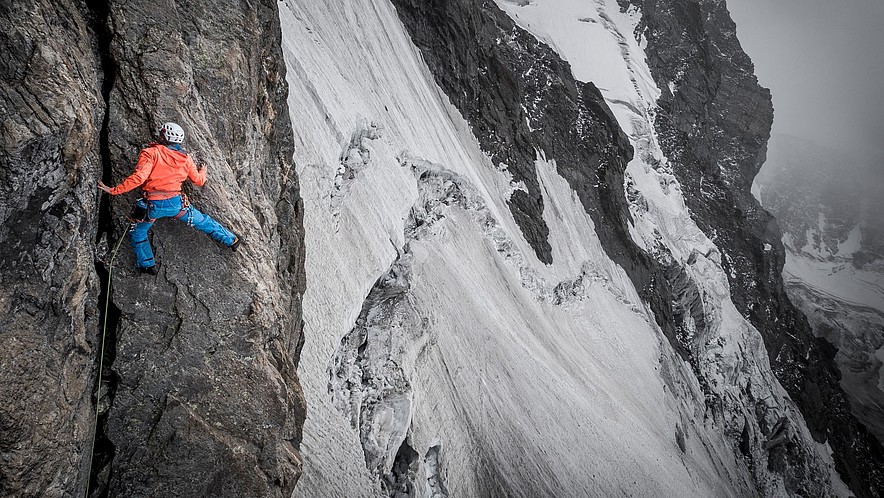 The target destination of the 2015 expedition was the Kashmiri Himalayas on the border of India, Pakistan and China. There, in the largely untouched mountains, the team discovered some mountains that had not yet been climbed. This was the reason why Stephan decided to go there again. After a successful first ascent of the Bhala “spear” mountain (5,900 metres above sea level), Stephan Siegrist’s group planned to reach another two mountain peaks:

The expedition took the team to the previously unconquered summits of the Tupendeo “God” (5,700m) and Te “Crystal” (5,900m) mountains. Siegrist describes the breathtaking feeling: “This is what always drives me - this incomprehensible moment when I can feel all the mountain’s power beneath my feet.”

Stephan’s medi moments: a look behind the scenes at medi

During his visit to medi in Bayreuth, Stephan Siegrist found out about product development and production. He had lively conversations with the employees. The professional alpinist has tested medi products in environments that no workshop or development department can replicate. He has to be able to rely on medi products in extreme situations.

Stephan Siegrist enjoys wearing medi products and tells us why: “I have been mountaineering full-time for over 21 years. Whether it’s on the highline between the peaks of the Matterhorn, on rock faces in the Bernese Alps or on expeditions in Patagonia and Kashmir - the strain on people and equipment is intense. I make no compromises and choose medi products. I have to feel good about the products, just as I have to feel comfortable with the people I work with. A team sense of well-being. And that’s what I get with medi.”