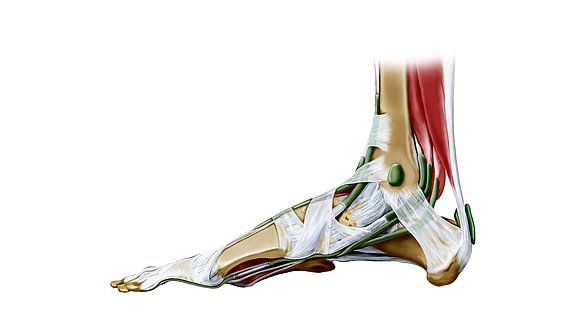 Ligament injuries of the knee joint are common sports injuries. The cruciate ligaments are usually overstretched or ruptured by direct or indirect trauma, for example, when rotation movement of the knee joint is abruptly stopped.

To stabilise knees after an injury